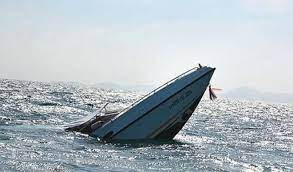 At least one hundred people have been declared missing after a boat capsized on Malale River in Borgu Local Government Area of Niger State at about 3pm today May 26.

The boat had left Malale in Borgu Local Government Area of Niger heading to Kebbi State when the incident occurred. The number of deaths remains uncertain as rescue operations are ongoing in the area. About 180 persons were said to have been aboard the boat which capsized 30 minutes after taking off from Loko Mina in Niger State.

Boat mishaps in Niger state have been a reoccurring incident. Between 2019 and 2020, at least 50 people lost their lives on the Malale River following incidents of boat mishaps.

In April 2021, some people died after a boat carrying over 70 passengers, mostly farmers and traders also capsized on a river at Zumba in Munya Local Government Area of the state.