Northern youth leaders have suggested that the 2022 Appropriation Bill currently before the National Assembly might not work out should the Central Bank of Nigeria (CBN) devalue the naira.

This comes after Vice-President Yemi Osinbajo on Monday, October 11, advised the apex financial body to devalue the Naira. 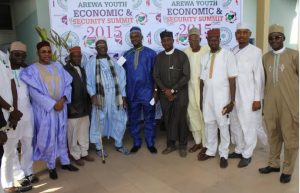 ‘The implications of devaluing the naira now are quite scary. The first casualty will be the 2022 Appropriation Bill. It means the 2022 budget, which is predicated on N410.15 per dollar is dead on arrival,’ the youth leaders said.

The statement notes that while Vice President Yemi Osinbajo means well in his suggestion, his statement was capable of triggering panic buying and speculation in the forex market (official and parallel) and further complicating things for the CBN.

They argued that while devaluation will force down the volume of imports and reduce the pressure in the forex market temporarily, the FG should also consider the pump price of fuel that will be affected if the CBN makes such a move.

The statement added: ‘How about the knock-on with regard to inflation and interest rates especially at a time when inflation rate remains elevated? Is a high inflation rate not inimical to investments whether local or foreign?

‘The argument that naira devaluation will incentivise foreign investors remains to be seen as other factors such as insecurity equally play a part.

‘To be sure, the naira has suffered several devaluations in the recent past. It has neither solved the fundamental problem of helping to diversify the export base nor curbed unbridled imports. Doing so yet again will not change anything. Rather, it’s a recipe for high poverty and unemployment levels.

‘Again, suggesting that the CBN should discontinue its forex demand management strategy to the effect that certain items are excluded from accessing the official window has grave implications for exchange rate and the economy. If anything, it negates the import substitution drive of the present administration.

‘The good news is that the CBN has sufficient external reserves to meet genuine demands for forex at the Investors and exporters window. This much we have been told. The CBN should continue to manage it while joining hands with the fiscal authorities to create multiple sources of forex beyond oil,’ the statement read.