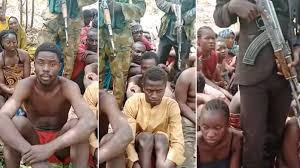 The 27 students abducted from the Federal College of Forestry Mechanisation, Afaka, Kaduna State, have regained their freedom. They were released today May 5.

On March 11, bandits invaded the school located in Afaka along the Kaduna International Airport Road and abducted 39 students. The bandits demanded N500 million as a ransom for their release. However, ten of the 39 abducted students were earlier released by their abductors in two batches of five each.

DailyTrust reports that the students’ release was facilitated by the Sheikh Ahmed Gumi dialogue committee with support from former President Olusegun Obasanjo.