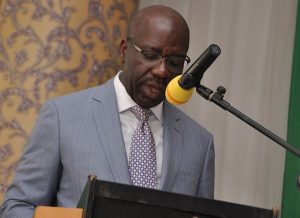 A certificate forgery case filed by the All Progressives Congress and one its members, Mr Williams Edobor against Governor Godwin Obaseki of Edo State, has been dismissed by a Court of Appeal sitting in Abuja.

The three-man penal of justices of the court led by Justice Stephen Adah in a unanimous judgement, dismissed the lawsuit on grounds of lacking merit.

The Court which held that the appellants failed to prove their case against Obaseki, stated that it found no reason to dislodge the judgement of a federal high court on the case.