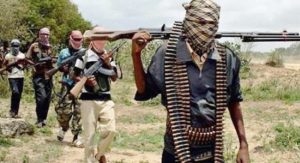 Bandits have reportedly demanded for a N30m ransom for children abducted from a farmland in Mairuwa community, Faskari Local Government Area of Katsina State.

This came after Katsina Police Command spokesman SP Gambo Isah disclosed that only 21 children were abducted.

He said the kids are aged between 15 and 18 years. Isah added that the command has been making efforts to rescue them.

A source who spoke to Channels Television, said the bandits are demanding the sum of N30 million as ransom or direct discussion with the owner of the farm where the victims were working.

“The terrorists reached out to parents of some of the victims to bargain on the ransom, according to them, they will not collect any amount less than 30 million naira or a direct access to the owner of the farm.

“They further stated that, they had already made their investigations and found out that the owner of the farm is highly rich.”