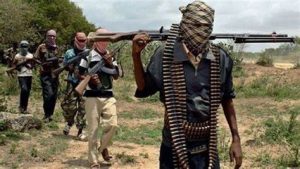 Magaji was killed in an attack which occurred less than 24 hours after 38 people were murdered across Kaduna state.

A youth leader Ridwan Abdulhadi told Daily Trust that over 70 percent of the people in the village, have fled to ‎safer communities in part of Zaria and Giwa town‎ after the monarch was killed in the attack which occurred on Sunday December 19.

A resident of the community, ‎Sharehu Idasu the Kaduna monarch was shot when he came out of his residence, calling for help ‎after the bandits invaded the community.

“He was shot by the bandits after they invaded Idasu community on Sunday night and stole motorcycles. The deceased came out to call for help but was shot.”

The Magajin Garin Idasu who is one of the oldest persons in his community, has been buried according to Islamic rites.