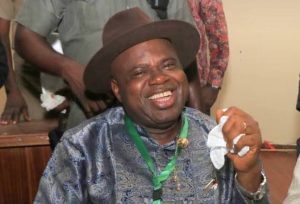 The Livestock Breeding, Rearing and Marketing Regulation Law 2021 was signed into law on Wednesday March 10, at the Executive Chamber of Government House, Yenagoa.

Diri stated that the essence of the law is to avert and forestall any clash between herdsmen, farmers, natives and non-natives as experienced in some states.

The new law which established a livestock management committee to regulate livestock activities in the state, also stipulates that any herdsman found with arms, whether licensed or not, should be arrested.

“Bayelsa welcomes all and sundry to eke out a living legitimately. The people of Bayelsa want to have a mutual and harmonious relationship with non-natives and natives.

“The essence of the law is to avert and forestall any clash between herdsmen, farmers, natives and non-natives as experienced in some states.

“From the commencement of the law, no person shall breed, rear or trade in livestock in the state in any other place as may be designated by the committee and approved by the state government.

“The law prohibits movement of cattle on foot from other parts of the country into the state, inspection of livestock and certification by veterinary doctors at entry point into the state among others.”

Previous ArticleOAP Nedu cries out after being served a N1.4m electricity bill
Next Article Those calling for my arrest are clowns – Sheikh Gumi