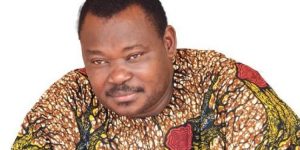 Billionaire businessman, Jimoh Ibrahim’s application for a Lagos Division of the Federal High Court to vacate an interim order used by the Asset Management Corporation of Nigeria (AMCON) to seize his properties has been denied.

Recall that on November 18, AMCON announced that it had taken over 12 properties belonging to the businessman and his firms.

Following the seizure, Ibrahim and his companies NICON Investment Ltd and Global Fleet Oil and Gas Ltd, had asked the court the court to set aside the order for “non-disclosure and misrepresentation of material facts”.

They further urged the court “to order AMCON to pay N50 billion indemnity for its alleged failure to conduct due diligence before obtaining the said order and for misrepresentation and concealment of fact”.

However in a nearly two-hour ruling, Justice Rilwan Aikawa upheld the argument of AMCON’s lawyer, Kemi Pinheiro (SAN) that the agency made “full and substantial disclosure of all material facts” at the time of obtaining the orders on November 4, 2020.

Aikawa refused Ibrahim’s prayers and ruled that the order subsists.