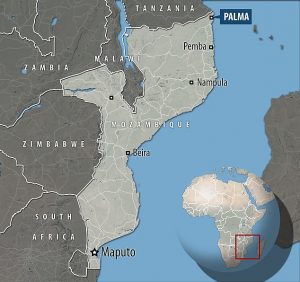 The bodies of 12 beheaded expatriates have been found after a deadly attack by Islamist militants in northern Mozambique.

This comes weeks after about 60 people – mostly foreign citizens went missing following a deadly ambush on their convoy the Islamist militants.

The nationalities of the 12 people found ‘tied up and beheaded’ in the northern town of Palma cannot yet be confirmed, a local police commander said.

Their bodies were found near to natural gas projects worth £43.6billion. They are all believed to be foreigners because they are white, Commander Pedro da Silva said.

The commander told state broadcaster TVM: ‘They were tied up and beheaded here.’

The latest attack comes less than a month after dozens of innocent people were killed when Islamist insurgents launched a raid in Palma on March 24, including 50-year-old Briton Philip Mawer. 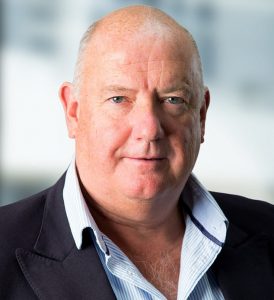 A body matching Mr Mawer’s description was pulled from the wreckage of a car destroyed in the attack.

In a statement on behalf of his family, RA International said: ‘It appears that Philip died while trying to escape from the siege by ISIS-linked insurgents of the Amarula Hotel.’

The attack on Palma in Cabo Delgado province, is where many foreign contractors have been working for a multibillion-dollar liquified natural gas project run by the French energy company Total.

Regional leaders from countries including South Africa, Zimbabwe and Botswana met in Mozambique’s capital Maputo on Thursday for a meering in response to the latest bout of violence.

‘The mission will come to assess the dimensions of the threat and to see what means to employ, so that these means are proportionate,’ she said.

Horrifying images from the March 24 massacre showed bodies scattered across roads and people fleeing from the slaughter. 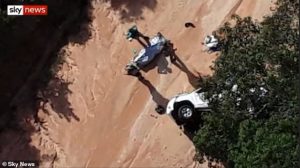 One picture, taken from the air, shows people hoping to be rescued stand by ‘Help’ and ‘SOS’ written in stones and white bed sheets on the ground. 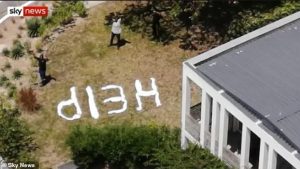