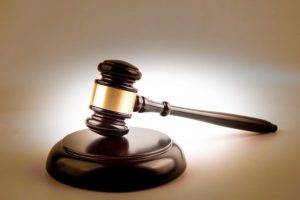 The police charged Anems with assault and causing grievous hurt.

The Magistrate, Ms Rose Iyorshe, on Thursday, September 30, sentenced Anems after she pleaded guilty and told the court that she bit Mr Amos Igbo in self defence.

Iyorshe in her judgment gave Anems an option to clean the court premises for one week.

Earlier, the Police Prosecutor, Insp Veronica Shaagee told the court that the convict was arrested on Sept. 28.

Shaagee said that Anems bit Mr Amos Igbo, her client’s tongue during sex at the Tekdee Hotel where they were lodged.

She said that Igbo picked up Anems at Yaman Park and paid her N2, 000 for the night.

Earlier, Anems explained that Igbo wanted more time with her outside the money he paid but she refused.

”My Lord he hit me hard. I bit him in self defence,” she said.