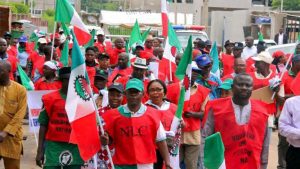 Ukpekpi was kidnapped while standing in front of his house at CROSPIL Estate, Akpabuyo, in the outskirt of Calabar with his wife around 8pm on Sunday March 21.

It was gathered that they took him through the river at the bridge head at Atimbo, while his son got into another car and chased after them. The Nation reported that they shot at the tyres of the car the NLC Chairman’s son drove, bursting them.

This is reportedly the second time Comrade Ukpekpi would be kidnapped in front of his house after the first incident in December 2019.