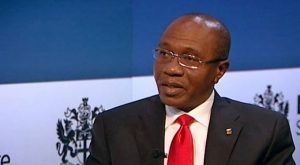 The Central Bank of Nigeria is maintaining its stand on the ban on Cryptocurrency.

The governor of the apex bank, Godwin Emefiele, who appeared before the Senate Joint Committee on Banking, Insurance, and other financial institutions on Tuesday, February 23, said that money laundering, terrorism financing, and other criminal activities were being carried out using the digital currency.

Describing the operations of cryptocurrencies as dangerous and opaque, the CBN Governor said the use of cryptocurrency contravened an existing law. He said given the fact that cryptocurrencies were issued by unregulated and unlicensed entities made it contrary to the mandate of the Bank, as enshrined in the CBN Act (2007) declaring the Bank as the issuer of legal tender in Nigeria.

Emefiele, who also differentiated between digital currencies, which Central Banks can issue and cryptocurrencies issued by unknown and unregulated entities, stressed that the anonymity, obscurity and concealment of cryptocurrencies made it suitable for those who indulge in illegal activities such as money laundering, terrorism financing, purchase of small arms and light weapons and tax evasion.

Citing instances of investigated criminal activities that had been linked to cryptocurrencies, the CBN governor declared that “Cryptocurrency is not legitimate money” because it is not created or backed by any Central Bank.

The ban on cryptocurrency transactions was also backed by the Securities and Exchange Commission SEC, the Nigeria Financial Intelligence Unit NFIU as well as the Independent Corrupt Practices Commission ICPC.

The CBN had on February 5, directed banks to close accounts of persons or entities involved in cryptocurrency transactions within their systems.