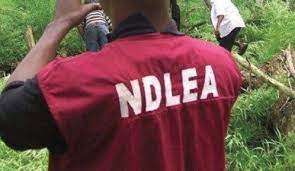 NDLEA spokesman Femi Babafemi confirmed this in a statement, saying that Achir was arrested with 5.5kg cannabis and 112grams of diazepam on October 6 in Aliade area of the state.

Babafemi revealed that the drug cartel abducted the retired official thinking that he is still a serving officer, and also demanded that Achir be released from custody.

“Other members of the arrested lady’s cartel abducted the retired NDLEA personnel from that community who they assumed was still a serving officer, took him to a forest and demanded for the release of the suspect in custody before their victim would be freed.”

The NDLEA spokesperson also announced that its officials have in the past week arrested 110 drug dealers in nine states, dismantled their hideouts and seized assorted illicit substances. He listed the states as Lagos, Benue, Kwara, Ondo, Kano, Nasarawa, Akwa Ibom, Oyo and Rivers.

In a related development, more than five kilograms of methamphetamine and cannabis concealed in soles of ladies shoes, body cream and auto spare parts heading to Australia, Pakistan, South Korea, and Hong Kong have been intercepted in four courier firms in Lagos by narcotic officers in the Directorate of Operation and General Investigations (DOGI) of the agency.

Previous ArticleYorubas, Igbos and the North are not better off on their own – VP Osinbajo
Next Article Facebook proposes feature to ‘nudge’ teens away from harmful content