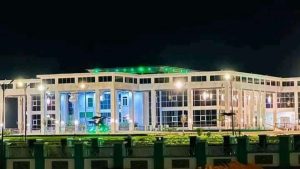 A photographer attached to Press Unit of Ebonyi Government House, Abakaliki, Mr. Uche Nwube has been kidnapped by gunmen.

Nwube was kidnapped on Wednesday night June 8, while returning from Aba, Abia State.  Punch reported that his abductors are demanding N50 million ransom.

One of the kidnappers also called a journalist, Mr. Nwube’s colleague, saying the N50million ransom must be brought to them on Thursday, or they would kill him.

Journalists have reportedly approached the Ebonyi State Police Command and made a complaint.

The police were said to have directed the journalists to approach the Abia State Police Command, for complaints.