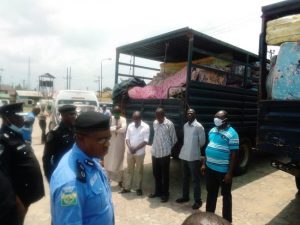 The Bayelsa State Police Command on Tuesday March 9, paraded four suspects arrested over theft of 444 mattresses meant for flood victims in the state.

It was gathered that the mattresses were warehoused in an undisclosed location in Yenagoa the state capital. Civil Liberties Organisation (CLO) in the state had raised alarm over the stolen mattresses which prompted the police to react. 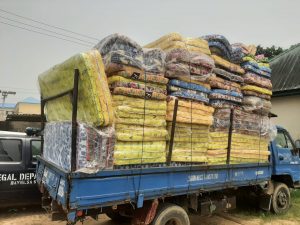 Following a tip-off operatives arrested Shehu Yola, 42, and Sunday Emmanuel, 28, at Okaka, Yenagoa on February 18, 2021, while transporting the truckload of matressess to Kano State.

According to the Police Commissioner, CP Mike Okoli, further investigation led to the arrest of other suspects namely Doloebiowei Line, Richard Dino, Yahaya Adamu and Obiri Rowland who sold the mattresses to the suspects.