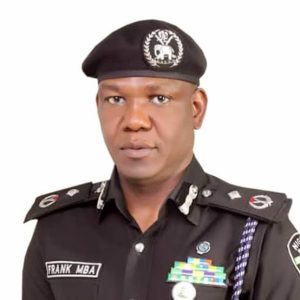 According to Mba “clerical issues or typographical mistakes” may be the reason some officers deployed to Anambra have not received their allowances.

Speaking at the Centre for Democracy and Development (CDD) situation room in Abuja on Saturday, November 6, the police spokesperson said over 70 percent of the officers deployed to the state have been paid.

“For the first time, we paid the money of personnel even before the commencement of the election,” he said.

“But we understand that there are some who have not received their money. This could be as a result of clerical mistakes in forwarding their details; it could be typographical mistakes.

“It could be any other type of mistake in communication, because the way these allowances are worked out is that the contributing commands are supposed to send these details from their respective squadrons if they are members of the police mobile forces or from their respective commands. Apart from that, it has to move from the office of the DPO to the CP’s office and then down to us.”

“We are already working on that to find out why these few numbers have not received their money. But the reassuring message here is that we’ve got the money. There is no complaint about the availability of the funds. We’ve got these allowances and it is warehoused in the police account and not with the CBN,” he said.

“The inspector-general of police has already given directive this afternoon that the field commanders and the strategic managers on ground should compile the names of persons who have not gotten their allowances and get all the necessary details correctly.

“These monies are being paid into their account and not over the table so nobody can pilfer with anybody’s money.”