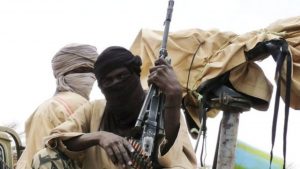 Alhaji Kabir Muhammed, the elder brother of the Secretary to Katsina State Government, Alhaji Mustapha Muhammed has been abducted by gunmen.

Kabir was working on his farm in Daftau Village, Danmusa Local Government Area of Kano state when he was kidnapped on Wednesday September 1.

Neighbours noticed the sudden disappearance of the kidnap victim who is between 78 and 80 years of age and of fragile health, after he failed to participate in the early morning Muslim prayers.

It was discovered that he has been abducted after being traced to his farm by family members and loved ones.

Spokesman for the SSG, Mallam Kabir Yardua who confirmed the incident, said the gunmen are yet to contact the family as of Friday night September 3.