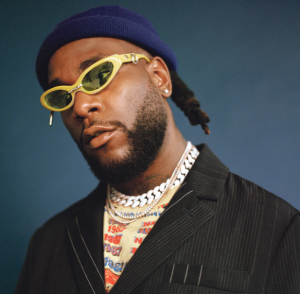 Burna Boy has said he is not a Nigerian artist though he’s from Nigeria.

He made this known on Twitter while reacting to a discussion about his achievements as an international artist.

A Davido fan account – going by the username, A Better Time, gotten from Davido’s album – said of Burna during the discussion: “He was *just an average star back in Nigeria and Africa at large, more like an artist with prospects, unlike his peers who had to do it on their own from day one.”

A fan of Burna’s then defended the Grammy-award winner and Burna tweeted, telling his fan to ignore the “delusional fanbases.”

Burna wrote: “Bro. Don’t get worked up. It’s Nigerian Twitter with 2 delusional fanbases, trust me You are not talking to actual people if their handles look like that.”

A follower responded to the discussion, saying Burna will soon leave Twitter Nigeria for Nigerians.

And Burna replied: “Me wey no even be Nigerian artist.”

A follower told Burna that he’s denying his motherland and Burna responded: “I’m from here and I live here because I love my home and my people, E no pass like that. I don’t make money from Nigeria. Na only cruise dey here.”

Another follower hit back, telling Burna that he made money from Rivers State governor Wike during the homecoming ceremony organized for him in Rivers state.

Burna denied this, writing: “Lol. I didn’t get a dime. Only the artists who honoured me by performing at my homecoming were paid. Get your facts right.”

See the tweets below.