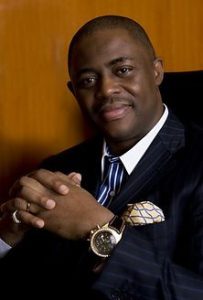 Former Minister of Aviation, Femi Fani-Kayode has commented on the zoning issue which has led to controversies in the country.

The former Minister in a video of his interview with BBC Igbo which was shared on his YouTube page, presented some arguments from different geopolitical zones in the country who are laying claim to the Presidency in 2023.

Pointing out that the South-East has never produced a democratically elected President, he added that the North-Central has also never had any. He also disclosed that the North-East has only had a Prime Minister who was in power for 6 years before being killed.

FFK who further noted that only the South-West, South-South and North-West has produced democratically elected Presidents in recent times, he added that equity however demands rotation of Presidency.

He went on to say that zoning is an issue that should be discussed at political party conventions and shouldn’t be made a regional issue.

On ban on open grazing, the former Minister said the ban should be welcomed because open grazing is no longer working in the country. He averred that the argument for people who carry AK-47, rape women, attack villages and take their cows to farms where crops are eaten, should be discarded because it is doing more harm than good.

He also alleged that most attacks in the country are carried out but foreign Fulani herdsmen who see Nigeria as a large space and invade the country through porous borders. Noting that Northerners including Hausas and Fulanis are being killed in attacks carried out by these herdsmen, FFK also claimed that they are being sponsored by “foreign powers including the CIA, Saudi Arabia and others” who want Nigerians to turn on themselves and start a war.

Admitting that communities have the right to self-defence, he stressed that it should not degenerate to a point where we start killing people based on their ethnicity and religion.

When asked if alleging that the CIA is sponsoring attacks that might destabilize the country is not a serious allegation, he responded by asking why it took the United States so much time to declare Boko Haram a terrorist organization and also blocked the sale of arms to Nigeria during Goodluck Jonathan’s administration.