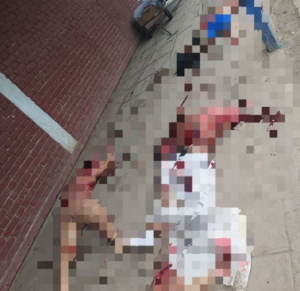 Seven inmates have been killed and 13 security guards taken hostage in a gruesome prison riot at the Xela prison in Cantel, Guatemala.

It’s reported at least seven people have died, with four beheaded on Wednesday night, May 19.

Also, it is said that among the security guards taken hostage, some are women.

The deadly riot is still on and the army may be invited as the jail has not been able to gain back “full control”.

According to reports, “there are streams of blood in the road outside the entrance to the jail.”

It is not yet known whether prison guards have been hurt or killed in the riots, but the Guatemalan Interior Minister says at least seven inmates have died from preliminary reports.

It’s claimed the riot unfolded between rival gangs in the detention center and was sparked after a prisoner’s partner outside was murdered in a targeted killing. 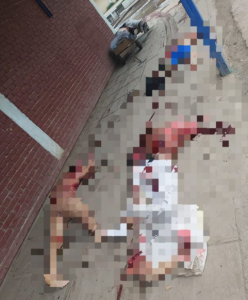 Police sources told Swissinfo that seven inmates are dead, but local media at the scene earlier claimed it could be much higher at 19.

Footage from the scene shows a large crowd of inmates in a circle in a courtyard, as reporters watch on from the gates.

Armed guards were seen outside but did not enter the jail.