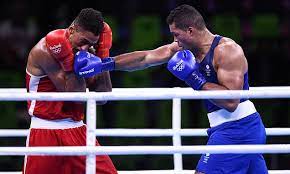 An inquiry by sport’s top investigator, Professor Richard McLaren, has found evidence of widespread corruption and manipulation in Olympic boxing that stretched back to the turn of the century.

His report raises the prospect that fights at London 2012 may also have been manipulated.

McLaren said he has concluded that six-figure sums changed hands to decide the decision in some bouts, while others were fixed to benefit national associations or Olympic Committees.

The team were called in when an internal probe by the International Boxing Association (AIBA) found ‘strong suspicion’ of manipulation around a number of bouts at Rio.

Key findings in the report include:

British fighter Joe Joyce was denied gold at Rio 2016 despite claims he outboxed Frenchman Tony Yoka in the super-heavyweight final. At the end of the fight, Yoka’s arm was raised instead.

That bout is one of those the investigators have identified as suspicious, although they acknowledge there may be more that require scrutiny as additional information becomes available.

The investigator said more work was needed to say for certain which fights were rigged.

‘A comprehensive study of the bouts at Rio indicates approximately nine bouts that where suspicious beyond the two raised in the media at the time,’ McLaren said in his report.

‘It may be necessary to further examine those bouts for which no definitive conclusion can be made at this time. The problem with completing that analysis is due to the delayed receipt of five score bout sheets. Therefore, there may also be other bouts which are suspicious.’

For years there have been rumours and allegations concerning corruption in Olympic boxing and McLaren’s brief was to examine qualifying bouts for the Rio Olympics and the blue riband event itself.

In his report, McLaren states: ‘Bouts were manipulated for money, perceived benefit of AIBA, or to thank National Federations and their Olympic committees, and, on occasion, hosts of competitions for their financial support and political backing.

‘The investigation to date has concluded that such manipulation involved significant six figure sums on occasion. The evidence the MIIT found is thought to be the tip of the iceberg.’

The report says referees and judges were appointed because they ‘would comply with the manipulation or who were incompetent but wanted to continue’ in their role and ‘turn a blind eye’.

It claims the referees and judges were motivated by ‘personal goals, which were frequently the intangible rewards of recognition, inclusion and respect in their home countries’. And it also alleged other officials at events were chosen because they too ‘would turn a blind eye to the allocation of incompetent or complicit R&Js [refrees and judges]’.

‘Vital to the success of the corruption was the connivance, approval and complicit acknowledgement and support of these activities by the Executive Director and the President,’ the report states.

‘The permanent paid staff worked in a command and obey environment where power was concentrated in the Executive Director and exercised on behalf of the President. ‘

And it adds: ‘The President CK Wu bears ultimate responsibility for the failures of officiating at Rio and the qualifying events,’ the report states. ‘He was supported by his Executive Director at Rio who were key actors in organising the field of play to allow the manipulation to flourish.’