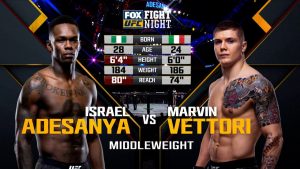 In their first meeting three years ago, Adesanya defeated Vettori by split decision. His opponent however insisted that he won the 2018 fight and never stopped calling for a rematch.

In the rematch, the result was far more definitive; Adesanya showed off his improvement in defending takedowns while also carving up his opponent with pinpoint striking. Vettori had only a few successful moments in the fight, scoring with a handful of takedown.

In the end, Adesanya took every round on all three official scorecards, winning by scores of 50-45 across the board. Adesanya has now successfully defended the 185-pound championship three times and rebounded from a loss in his previous fight, an attempt to become a two-division champion when he went to light heavyweight to face 205-pound champion Jan Blachowicz. 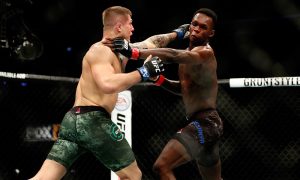