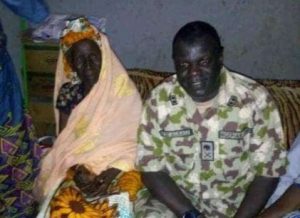 Hajiya Halima Alkali Umaru has died at the age of 101.

She was the mother of late Major General Mohammed Idris Alkali, former Chief of Administration of the Nigerian Army.

Hajiya Halima died in the early hours of Thursday, Jan 28, in her Potiskum home town according to a family source.

The family source said: “While we appreciate the Almighty God Allah for sparing her life thus far, we must confess that we will sorely miss her counsel, motherly role and impact on the lives of her children and the grandchildren.

“She’s survived by children and many grandchildren. A very religious, principled and disciplined mother.”

“Her funeral prayers will hold today by 10:00 am at Potiskum Central Mosque, Yobe State,” the statement said.