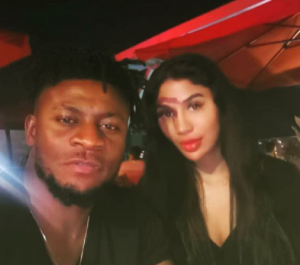 It appears footballer, Obafemi Martins, has found love again. He shared a photo of himself and the lady above on his Instagram page accompanied with a love emoji.

The lady whose name is Nadine, left a comment on his page. It reads 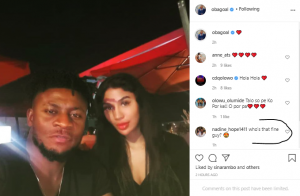 Obafemi used to be in a relationship with Abigail, the younger sister of footballer,Mario Balotteli, Abigail, and even have two children together. Abigail was in the past spotted with a ring and also referred to herself as Mrs Martins on her IG page which she has since deactivated. It is however not certain what their relationship status is now.

Previous ArticleI didn’t support tenure elongation for Buhari – Senate President, Ahmad Lawan
Next Article ISIS brags of killing Christians in Mozambique massacre as tales of horror from the attack emerge including a baby shot as his mother carried him to safety