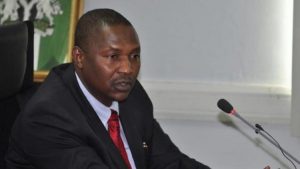 The Attorney-General of the Federation and Minister of Justice, Abubakar Malami has again ruled out giving back the £4.2 million recovered from Governor of Delta state James Ibori, to the state government.

The AGF who confirmed that the Nigerian government has received the money recovered by the UK government in an interview on Channels Television, said giving back the money to the Delta state government will be a deviation from the agreement reached on disbursement of the fund.

Malami also listed the projects the money would be spent on according to the agreement reached.

“The way international diplomatic processes operate with particular regard to the recovery of looted asset is more or less about engagement among the nations of interest.”