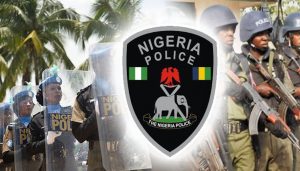 A man identified as Winfred Ekpon from Benue State, was on Wednesday April 14 arrested for allegedly robbing two female teachers inside a school in Enugu.

20-year-old Ekpon who was handed over to Ikiriki Police Station in Uwani, Enugu, was apprehended by some residents of Ologo in Uwani, Enugu South Local Government Area of the state.

Divisional Police Officer, Perpetua Nwude told newsmen that the management of God’s Best Secondary School alleged that the suspect had on Friday April 9, threatened two of their female teachers with cutlass and dispossessed them of their valuables.

The incident is now being investigated by the Divisional Crime Officer for possible arraignment.