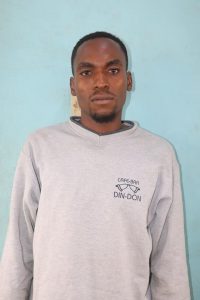 Men of the Niger State Police Command have arrested  a 23-year-old man, Victor Francis, who had threatened to kidnap a female family member and a owner of the house where he once lived.

Spokesperson of the command, DSP Wasiu Abiodun, who disclosed this in a statement on Friday, June 25, said the suspect had through anonymous phone call demanded a ransom from the victims failure upon which he threatened to kidnap and kill them.

“On 18/06/2021 at about 1600hrs, Police operatives attached to Gawu-Babangida Division arrested one Victor Francis age 23yrs ‘m’ of Dikko area of Gurara LGA for threat to life and attempted kidnapping,” Abiodun stated.

“A complaint of threat to life and attempted kidnapping was reported at Gawu-Babangida Division on 23/06/2021 at about 1200hrs that a female victim of the same address received an anonymous call from a suspected kidnapper who threatened to kidnap and slaughter her, if she fails to raise an amount of N50,000 as ransom which the victim later paid through an account number sent to her.

“In a similar incident, on 04/06/2021 another female victim received call from an unknown caller and threatened to kidnap her husband. The caller threatened further to kidnap the husband to Kabo forest in Dikko area of Gurara LGA.

The PPRO said the Police operatives swung into action and commenced a thorough investigation into the incident which led to the arrest of the said Victor Francis at Nepa area of Dikko.

During interrogation, the suspect confessed to have been the unknown caller who threatened the two victims and he intended to request for a sum 0f N500,000 from the second victim.

“Further investigation revealed that the suspect is a relation to the second victim and he also lived with the family of the first victim through which he gained access to information about both victims.” the statement read.

“Members of the public, most especially parents/guardians and school proprietors are advised to always be vigilant and monitor their wards/students while in the school premises or at any other location. Home-owners are equally admonished to be careful about admitting strangers into their homes to avoid being a victim of circumstances as the Command shall continue to do the needful in ensuring a secured environment.” the spokesperson added.