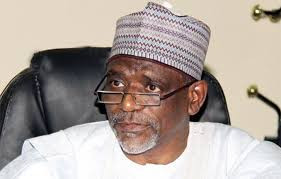 The Federal Ministry of Education says it has begun the relocation of pupils from Borno, Yobe, and Adamawa states to other states following the alarming rate of abduction of school children in the country.

The Director of Press and Public Relations in the ministry, Ben Goong, disclosed this in an interview with Punch.

Goong was asked what the government is doing to stop the trend of the abduction of school children. Responding, he said

“As we speak, there are quite a number of students from Borno, Yobe and Adamawa States being relocated to other schools across the country, including the Federal Capital Territory.”

He cited the example of some students from Borno State who he said had been relocated to the Federal Government College, Kwali, Abuja. He said students were being moved to safer schools and were being catered for with full boarding facilities.

Previous ArticleMarried teacher who had ‘doggy-style’ sex with boy, 15, in field is jailed for six years
Next Article ”I got divorced”- South African influencer, Sarah Langa reveals how she made her first million