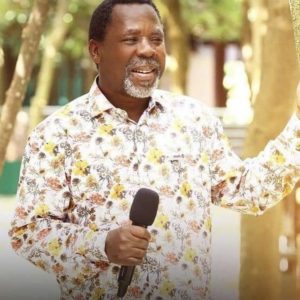 Multiple sources are reporting that tele evangelist and general overseer of the founder of The Synagogue, Church Of All Nations (SCOAN), TB Joshua passed on late last night, Saturday, June 5, shortly after ending a programme at his church.

His body has reportedly been deposited at the morgue. A Facebook user, claiming to live close to the church, said “everyone is crying” in Ikotun, where SCOAN headquarters is located. 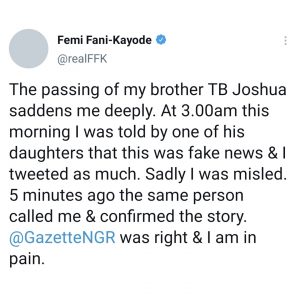 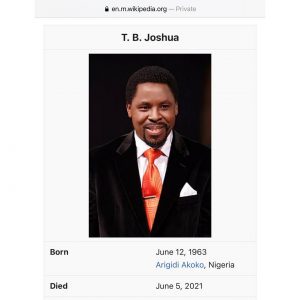 Temitope Balogun Joshua, aka T.B. Joshua reportedly died at age 57, one week before his 58th birthday. May his soul rest in peace. Amen.