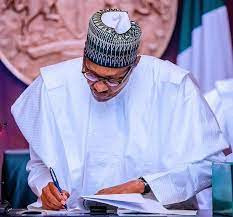 President Buhari has approved the construction and equipping of a 14-bed space Presidential Clinic at a cost of N21 billion.

The Permanent Secretary State House, Umar Tijjani, disclosed this to members of the Senate Committee on Federal Character while presenting a N40 billion budget proposal for the statehouse on Thursday, October 28.

Tijjani while making his presentation said the Presidential Clinic was conceived in 2012 by the previous administration and will be open to people from other African countries for medical treatment.

He added that the clinic will have a laboratory, healing garden, pharmacy, and x-ray facility, as well as an operating theatre, executive suite, and isolation areas.

He further said most of the preliminary work has been concluded and a Certificate of No Objection has been sought from the Bureau of Public Procurement.

Previous ArticleReal estates are being used for money laundering – EFCC and ICPC alleges
Next Article British No.1, Emma Raducanu reveals she’s donated her US Open trophy