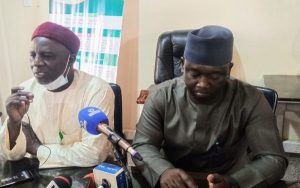 The Kaduna State Government has said that all primary and secondary schools in the state are to remain closed until the security situation in the state improves significantly.

Kaduna has been worst hit with attacks from bandits with repeated abduction of students from both public and private schools.

Earlier today, reports were rife that the state had lifted the suspension of academic activities and that schools would resume today August 9 for the third term session.

However, at a joint press conference this afternoon, the state’s Commissioner for Education, Dr Shehu Muhammad, and the Commissioner for Internal Security and Home Affairs, Mr Samuel Aruwan, dismissed the claim.

Muhammad explained that the schools were earlier scheduled to reopen on Aug. 9, but that the ministry was not given the clearance due to ongoing security operations across the state.

“We were, however, surprised that for mischievous reasons, some individuals are circulating misguided information, claiming it was from the ministry, asking schools to resume.

We want to categorically say that all schools – public, private and religious, including federal schools in the state – are to remain close.

We will reopen as soon as we are advised to do so by security agencies, assuring us that schools are safe to open” he said