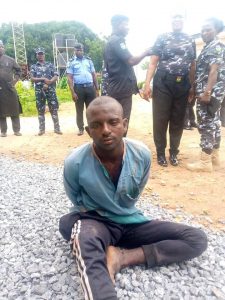 The Nasarawa State Command of the Nigeria Police Force has apprehended a suspected criminal, Likita Abubakar, who was conveying 53 AK-47 Magazine and 260 rounds of live ammunition to an unknown destination in the state.

Spokesperson of the command, ASP Ramhan Nansel, who disclosed this in a statement on Saturday, said the suspect has been on the police wanted list for armed robbery and kidnapping offences.

“On 21/8/2021 at about 0900hrs, sequel to information received which indicated that, a suspected criminal who has been on the wanted list of the Nasarawa State Police Command for offences ranging from Armed robbery to Kidnapping was sighted at Alushi Junction, Akwanga LGA, Nasarawa State, a detachment of Police operatives attached to Akwanga Division were immediately deployed to the area,” the statement read.

“Consequently, one Likita Abubakar ‘M’ 35 years was arrested; upon diligent and systematic search, 53 empty magazines, 260 rounds of live ammunition, one motorcycle and cash sum of #38,500 was recovered from him as exhibits

Nansel said the Commissioner of Police, CP Adesina Soyemi has ordered that the case be transferred to State Criminal Investigation Department, Lafia for thorough investigation. 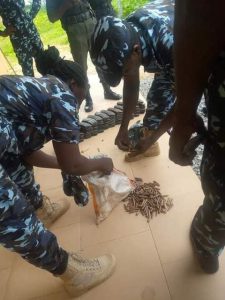