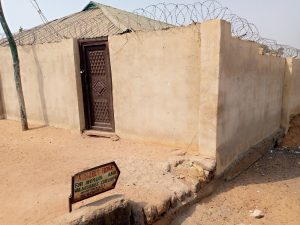 Eleven people have been kidnapped from an orphanage in the Federal Capital Territory.

The abductees, all orphans at Rachael’s Orphanage Home in Naharati, Abaji Area Council, were kidnapped on Saturday, Jan 23.

The gunmen, who arrived in large numbers with sophisticated weapons, also robbed the orphanage’s security guard and his two wives.

They reportedly forced the gate open and went into the rooms of the orphans, and took 11 of them away at gunpoint.

The police has pledged to rescue those kidnapped and bring their abductors to justice.

Police spokesperson Yusuf Mariam said: “We have launched strategic operations to rescue them and arrest the perpetrators.”

Previous ArticleDonald Trump sets up “Office Of The Former President” in Florida
Next Article Government of the herdsmen by the herdsmen and for the herdsmen, Buhari should be President for all – Mr Macaroni