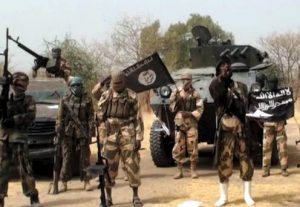 AFP reported that military sources said the incident occurred near Gudumbali in the Lake Chad region on Thursday March 11. It was also alleged that 13 government fighters, including 10 troops were wounded in the ambush.

“We lost 15 soldiers and four civilian JTF (militia) in the terrorists’ ambush in the forest near Gudumbali.”

Another military source who gave the same toll, said the 10-vehicle convoy was on its way to Gudumbali from the town of Kukawa in Borno for a military operation against the insurgents when it came under fire.