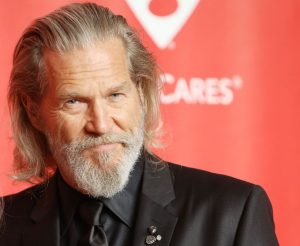 Revealing that COVID “kicked his ass”, Bridges also disclosed that he is now feeling better after getting his double vaccination. He went on to thank his medical team for helping with his amazing recovery.

According to him, he was able to walk his daughter Hayley, down the aisle at her recent wedding, something he wasn’t sure he could do because he’s been on oxygen. Bridges was also able to dance with her without oxygen.

Bridges revealed last October that he was diagnosed with Lymphoma. While he said at the time that his prognosis was “good,” he’s nonetheless been sharing updates throughout his journey, including an Instagram post where he revealed a rare look (shaved head and beard), and a previous update in January that his tumor had “drastically shrunk.”

Bridges won his Oscar back in 2010 for Crazy Heart, and has been nominated six other times (most recently in 2017 for Hell or High Water). He also famously played the Marvel Cinematic Universe’s first-ever villain in 2008’s Iron Man. His most famous role, though, is most likely always going to be as The Dude, in Joel and Ethan Coen’s The Big Lebowski.