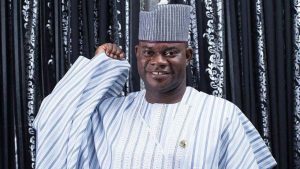 Executive director of the National Primary Health Care Development Agency (NPHCDA), Faisal Shuaib has announced that all states in the country have received supplies of the AstraZeneca COVID-19 vaccine which arrived the country weeks ago, except Kogi.

Shuaib who disclosed this on Thursday March 18, said Kogi is yet to receive the vaccine due to the non-repair of their cold-chain store coupled with the state’s concerns around the contradictory information about the vaccine.

On the national roll-out of the vaccine, the NPHCDA boss said;

“The vaccination application has been launched in most states’ treatment centres even against distractions and criticism of the FG’s efforts to ensure availability of vaccines in the nation.

“The roll-out of the vaccines across healthcare front-line workers and other health support staff was scheduled to commence by March 15, 2021, in some States, with the intention of wider coverage after the training of the states’ health workers across board.”

Shuaib who revealed that the Independent Corrupt Practices and other Related Offences Commission (ICPC) had been co-opted to support the PTF on Vaccine Accountability to ensure the safekeeping of the vaccines, made calls for tight security around the vaccines in the states to avoid it being vandalised by hoodlums.

He also promised that Nigeria will receive the second tranche of vaccines before the second dose intake is concluded.