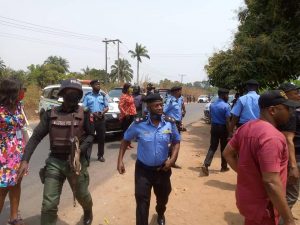 The new Anambra State Commissioner of Police, Monday Bala Kuryas, has visited two spots in Mkpologwu, Aguata Local Government Area and Omogho in Orumba North, where gunmen attacked police patrol teams and killed four officers on Wednesday morning, February 24. it was reported that hoodlums killed two police officers in Mkpologwu and carted away the arms of the officers after burning the patrol. Two other police officers were killed when the gunmen attacked a patrol team in Omogho, 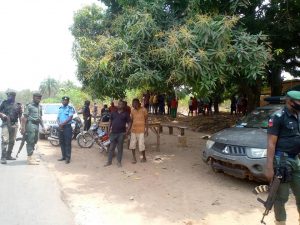 According to eye witnesses, including some policemen who escaped the attacks, the gunmen who drove in both a salon car and a Mercedes Benz 4Matic SUV, opened fire on the policemen who had been deployed on patrol in the two areas.

Mr Kuryas, along with high-ranking police officers in the command, made the trip after a distress call from the Area Commanders informing him of the deadly attack.

Addressing the press after assessing the situation in the two areas, CP Kuryas, described the attacks as wicked, and noted that pending a full assessment of the event, his men would still remain on patrol on the spots.

The Commissioner assured that the hoodlums would soon be captured soon. 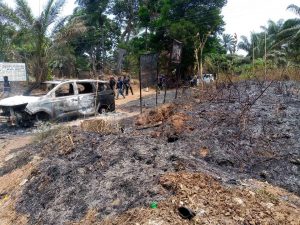