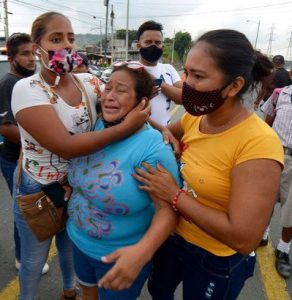 At least 67 inmates have died in prison riots across Ecuador as inmates used blood and knives to attack each other.

The violence was said to have broken out over a power dispute between criminal gangs, according to local media.

In a tweet, Ecuadorian president Lenin Moreno said gangs had carried out “simultaneous acts of violence in several prisons in the country”. 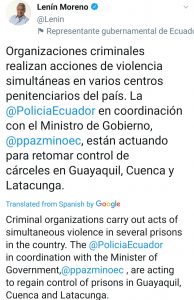 According to authorities, riots erupted in prisons in the cities of Guayaquil, Cuenca and Latacunga.

Police General Commander Patricio Carrillo said on Twitter on Tuesday that additional security forces had been dispatched to the prisons to regain control of them following the riots. 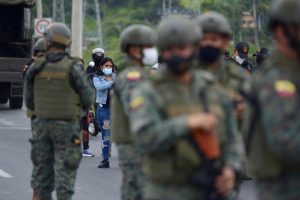 He added that the riots had involved high-security prisoners.

Images and videos circulating on social media show inmates gathered on a prison rooftop with police officers on motorcycles and in patrol cars surrounding the prison. 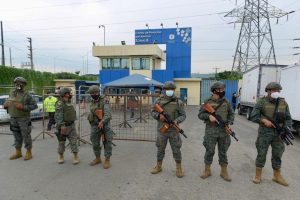 Other horrifying footage has circulated on social media from inside prisons during the riots, while images from outside the prison appear to show confiscated knives and guns.

Following the bloody attack, relatives of those inside the prisons gathered outside them as they desperately await news of their loved ones.

Previous ArticleNew variant of COVID19 is in Nigeria – NCDC boss, Chikwe Ihekweazu says
Next Article Police arrest woman for trying to sell her baby for N40k in Ebonyi