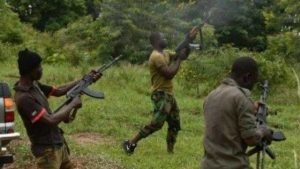 According to reports, the armed bandits stormed the village on Wednesday evening March 24, shooting sporadically into the air.  The village head was reportedly shot dead after he refused to follow the bandits who wanted to kidnap him.

Sokoto, like many other states across the North, has witnessed sporadic attacks by bandits and kidnappers that have claimed the lives of many.