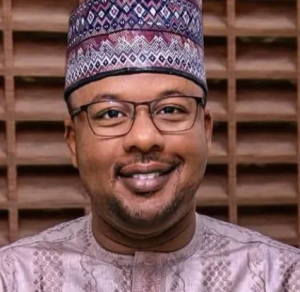 The Department of State Security (DSS) has denied reports of arresting or even inviting the Media Aide to Governor Ganduje, Salihu Tanko Yakasai over his comments against the government of President Buhari and the ruling APC.

Recall that Salihu Tanko-Yakasai, had on Friday, February 26, via his Twitter handle, called on the President Muhammadu Buhari-led government to either deal with bandits in the Country or resign from office. He stated this on Twitter while reacting to the abduction of 317 schoolgirls in Zamfara.

”Clearly, we as APC government, at all levels, have failed Nigerians in the number one duty we were elected to do which is to secure lives & properties. Not a single day goes by without some sort of insecurity in this land. This is a shame! Deal with terrorists decisively or resign.

Each time another tragedy happens, we lament, condemn, create hashtag, the govt pretends to do something, no concrete steps to prevent reoccurrence, and then we repeat the process. To what end? Where are those saddled with the responsibility?

Just last week, it was #freekagaraboys, today we have a new hashtag #RescueJangebeGirls, who knows tomorrow what hashtag we will come up with? Perhaps one for ourselves when we get caught up in one of these daring attacks. This is sad & heartbreaking; I feel helpless & hopeless.”he tweeted

Shortly after tweeting, his whereabouts became unknown, causing many of his friends to come on Twitter to demand answers.

This morning, one of the aides of the Kano state governor who handles the official handle of the state, Abubakar Sadiq, disclosed on Twitter, that Tanko-Yakassai was with the DSS.

The DSS has however denied this claim, saying it did not arrest or even invite Salihu.

”The DSS State Director Muhammad Alhassan said that, “we have not arrested or even invited Yakasai. don’t forget he is our friend, sometimes, he advise us on issues of critical Security situations in the state”.