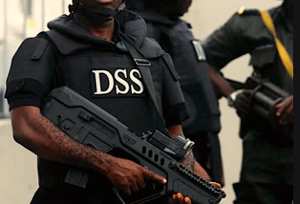 The Department of State Services (DSS) has released an Islamic singer, Ahmad Abdul, taking into custody after releasing a blasphemous song.

DailyTrust reports that Abdul was picked by the security agents for releasing the uncensored song titled ‘Barhama Gwaska’, perceived as blasphemous and capable of creating chaos in the state. The DSS had said it took the singer into protective custody to avert likely violent reactions against him from Kano residents.

While in detention, Abdul tendered an apology to the entire Muslim community, Kano state government, and Islamic scholars.

Confirming his release from custody today June 21, the Executive Secretary of Kano State Films and Video Censorship Board, Ismaila Na’abba Afakallah, said he had received hundreds of petitions against the song from concerned citizens. Afakallah said he reported the singer to the DSS which later arrested him at a hotel where he had been hiding for days to save him from the mob.

“He has been released as he regretted and apologised over his offence, promising not to repeat it” Afakallah said