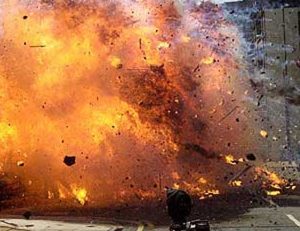 Five children were killed when a disused grenade they were playing with exploded in Ngala, a community in Borno state on Friday, August 13.

According to militiamen in the community, the grenade exploded in the hands of the children while they were playing with it.

“The five children picked up the explosive while herding in a field outside the town and it exploded in their hands as they were playing with it. Two of them died on the spot while the other three died in hospital in Mada, inside Cameroo”  anti-jihadist militiaman Umar Kachalla told AFP

The Nigerian military is yet to react to the development.

Previous ArticleOsun police dismiss police officer for causing death of a member of the public
Next Article Grandmother, 61, engaged to 24-year-old boyfriend