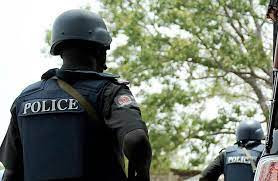 A trigger-happy policeman, Sergeant Adamu Garba, who allegedly shot and killed a young man in Osogbo, state capital of Osun, has been dismissed from the service of the Nigeria Police Force.

Adamu with Force No. 467549, was tried in accordance to the Force’s laid down disciplinary procedure by undergoing an orderly trial, which pronounced him guilty and was subsequently releaved of his job.

She added that the orderly room procedure had been forwarded to the Police Force Headquarters, Abuja, for necessary action towards the culprit’s prosecution, saying it would serve as a deterrent to others of his likes.