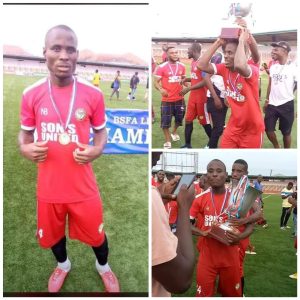 A 31-year-old football player identified as Ernest Peremobowei, has died while trying to rescue victims of a boat mishap in Bebelebiri community, Yenagoa Local Government Area of Bayelsa State.

The deceased popularly known as Tido, was a top scorer in the just concluded Prosperity Cup, a grassroot football tournament organized by the Government of Bayelsa State.

He died while returning home in a canoe shortly after taking his wife and two children, aged 3 years and 10 months old, to an IDP camp to escape the raging flood. 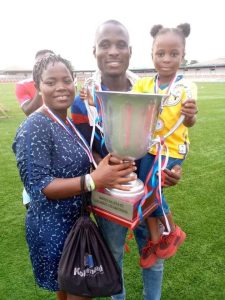 According to an eyewitness account, the canoe which was conveying him and six other persons from the Federal Medical Center waterfront capsized because it could not withstand the current of the raging flood.

Confirming the incident, Kenneth Dreams, the coach of Bebelebiri FC which he played for during the last edition of the competition, said that the popular footballer died in the process of rescuing other occupants of the canoe.

“He took his family to an IDP camp because the flood had taken over his house. So, while returning home, he boarded a canoe with six others when the current of the raging flood capsized the boat.,” Kenneth explained.

“We heard that he was able to save 4 persons who were involved in the boat mishap before drowning at the end. He was a great player during the tournament but we have no other choice but to accept the loss.” he added.

In a tribute, one Jags Godwin described the late footballer as a hero who sacrificed his life for others.

“On the 19th Day of October, 2022, he Lost his life while trying to save the lives of those around him. Ernest Is a 31years young, vibrant and talented footballer from Sagbama LGA of Bayelsa State. He has two children, a son of 3years and a daughter of 10months old,” he wrote.

“Like every Bayelsan affected and evicted from their homes by the flood, Mr. Ernest thought it wise to visit his home to raise his belongings so they don’t get destroyed by the increasing flood, since the whole Bebelebiri 2 community has been taken over by the ravaging flood.

“The current in the water that evening was very much for him to control the local hand made boat that it took them to hit a government jetty that capsized the boat. Late Peremobowei was able to rescue 5 persons that were onboard with him from drowning, but was exhausted afterwards and couldn’t save himself.

“His body was not found after a search party went in search of it the evening of the incident. The lifeless body was later found floating on the water after 2days from the incident and has been taken to FMC Mortuary Yenagoa, Bayelsa State.

“Before his death Mr. Ernest Peremobowei was a footballer, he played for Old Selected Stars of Kpansia, Eternal Grace FC EGM, SONS FC and was just invited to festival team of Bayelsa State hoping to report on Saturday 22, October 2022.

“Ernest was the Jesus of those that survived through him. A State and National recognition will not be too much for Bayelsa State and Nigeria at large for Ernest Peremobowei.

“Rest In Peace Ernest Peremobowei. You will be 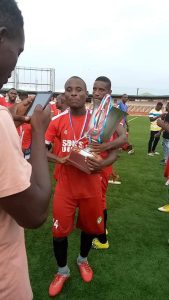 missed and remembered for your sacrifice.”