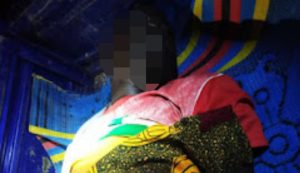 A Local Hunter in Adamawa State identified as Usman Alhaji Audu, has shot himself dead after his mother cautioned him against beating his 4 year old son.

According to reports, late Audu’s 4-year-old son went out to play with his friends in their neighborhood in Gada Maisaje community in Gombi Local Government Area. He however did not return home in time. Upon the boy’s return, his father descended on him and beat him mercilessly which attracted the attention of his grandmother, the mother to the deceased.

The mother was said to have cautioned the local security man against beating up his son to that extent. The hunter who became angry with his mother told her that it is better for him to kill himself and leave the world for her. The hunter was said to have at this time entered into his apartment, brought out his dane gun, turned it on himself, and then shot himself dead in the stomach.

He was rushed to a hospital in Gombi where he was confirmed dead and has since been buried.

The spokesman of the State Police Command, SP Suleiman Yahaya Nguroje confirmed the incident and said that the police is investigating the matter. 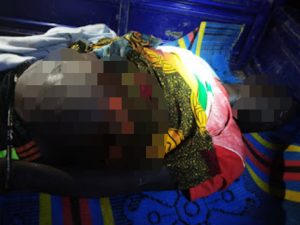