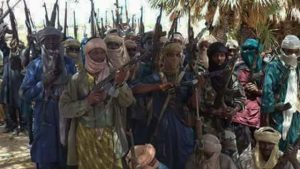 At least four persons have reportedly been killed in fresh attacks in Kagara community in Niger State.

This attack comes after the 27 students and three teachers of the Government Science College in Kagara abducted by suspected bandits last Wednesday, February 17, regained their freedom in the early hours of today, February 27.

According to DailyTrust, the bandits attacked Gidan Adamu, near Yakila, headquarters of Gunna district and Gidan Wamban Karaku community where 11 persons which include seven women were abducted.