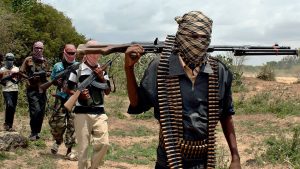 A herder was on Friday October 1, killed by gunmen in Ago Are, Ifelodun Local Government Area of Kwara State.

Eyewitnesses said the gunmen stormed the residence of the deceased in large numbers, shot him at close range and left him in the pool of his blood.

The incident occurred barely a month the brother of the late herdsman, was killed in a similar manner.

Yes, we got the report on Friday through our divisional officer in the town about another attack in Ago Are. This time around, a Fulani herdsman simply known as Ibrahim was attacked and killed

A manhunt has been launched to bring those behind the incident to justice.