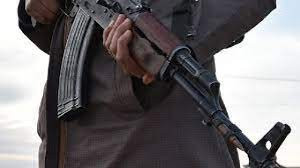 Two policemen have been killed after unidentified gunmen shot them at a stop-and-search point in the Diobu axis of Port Harcourt, Rivers State.

A Commander of a local vigilante group in the area, Phalga Security Watch, Victor Ohaji, who confirmed the incident said Ohaji said the hoodlums drove their vehicle to the checkpoint mounted by the policemen attached to the Mile One Police division. He said the gunmen attempted to make a U-turn after sighting the policemen but opened fire on two of the security agents, who tried to block them.

He said the vigilant group needed assistance in the yuletide to fight crimes in the area.

The Rivers State Police Command was yet to issue an official statement on the incident.