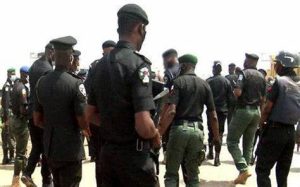 An official of Kaduna State Traffic Law Enforcement Agency who allegedly beat a‎ motorist to death along the Ali Akilu Road, in the Ungwan Sarki metropolis on Friday February 4 has been arrested by the police.

The state Commissioner of Police, Mudassiru Abdullahi ordered the arrest as confirmed by the Police Public Relations Officer in the state, ASP Mohammad Jalige

Daily Trust reported that as soon as the young man fell down, the KASTLEA agents left the scene out of fear of being attacked by angry youths.

Commenting on the incident, Jalige said the police will commence full investigation. He said;

“There was an altercation between KASTLEA and some drivers. They beat him and was rushed to hospital where he died. So, the drivers decided to block the main road in protest but we stopped them.”