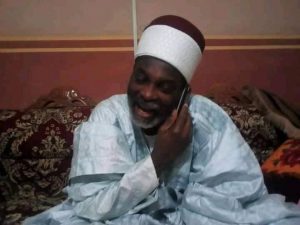 The Dodo of Wawa in Niger State, Dr Mahmoud Ahmed Aliyu, has been freed by his abductors after spending 45 days in their captivity.

The monarch was said to have been released at about 7:30pm on Tuesday, October 19 after the payment of N10m ransom.

The traditional ruler was abducted from his palace in Wawa, a suburb of New Bussa, the headquarters of Borgu local government area when armed bandits numbering 30 stormed the community on Saturday, September 4, 2021.

The Wazirin Wawa, Alhaji Ja’afar Ibrahim Bio, confirmed the release of the traditional ruler to Daily Trust on the telephone but declined comment on how much was paid to secure his release.

In photos and videos shared on Facebook, the traditional ruler was seen in a white turban being welcomed by his family and members of the palace. 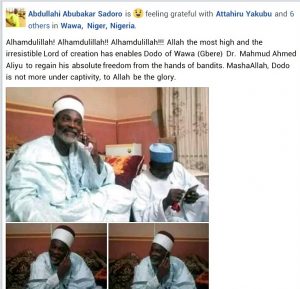 Previous Article25-year-old woman brutally murdered by her boyfriend in South Africa
Next Article #EndSARSMemorial: Only governors have power over rallies – Falana tells police